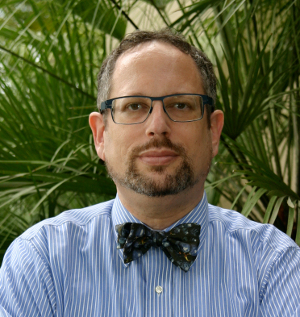 Jotwell began on October 27, 2008 with the goal of identifying new and interesting legal scholarship. Over the past seven years, Jotwell has recruited more than 300 Section and Contributing Editors who are leading academics (or in a few cases leading practitioners) and asked them each to write a short essay once a year identifying one of the best examples of recent scholarship relating to the law in their respective fields. This year, we wanted to reflect on where Jotwell is, and attempt to measure how well it is achieving its goals.

Jotwell has two objectives. On the one hand, we wanted to provide a service for persons who are not trying to be expert in a particular sub-field of law but still would like to keep up with the major developments in it. Given the proliferation of law reviews, 1 and the resulting evolution away from having a few top journals act as the gatekeepers for high-quality scholarship, 2 it is increasingly difficult for legal academics to know what is happening in their own fields, let alone what is most important and relevant in other fields. We expected, therefore, that some of the reviews would inevitably be of work by famous scholars and/or work appearing in top-ranked journals. On the other hand, we hoped also that our reviewers would be moved to call attention to significant work published in less prestigious journals and works authored by younger academics and others who were not yet widely recognized.

Although these goals were communicated to Jotwell’s Contributing Editors, and are noted in our author guidelines, we did little behind the scenes to enforce or even incentivize adherence to either goal. Instead we let Jotwell’s editors determine on their own what works of current scholarship they believe are worth recognition. Our thinking was that having assembled such a talented group of contributors we should leave it to them to decide what they liked and wanted to recommend.

This year, we set out to measure how much Jotwell is actually bringing new authors to light, and what fraction of the reviews are of scholars who are already well-known and highly regarded. 3 The ideal mix, we thought, should have some of each, but not too much of either one. We also sought to measure to what extent Jotwell’s reviewed author pool reflects the legal academy as a whole. To find out, we examined a year (July 2014-2015) of Jotwell reviews. We were happy to find that Jotwell is currently reviewing a broad spectrum of academics from schools throughout the ranking pool; the one area we found that could use some improvement is that Jotwell’s reviewed pool lags behind the legal academy as a whole in racial diversity.

We first looked to the status of Jotwell’s reviewed authors to determine what roles these authors had in the legal academy. Reviewed authors range from professors, researchers, and students to practitioners. However, the vast majority of reviewed authors were tenured full professors (60%). Reviews of works by associate (14%) and assistant (17%) professors constituted most of the remaining reviews. This emphasis on work by professors reflects the reality of legal scholarship, which is generally authored by legal academics in teaching positions.

Student notes made up comparatively few (2%) of reviewed works. Though not numerically representative of legal scholarship, which contains a significant percentage of student notes in law reviews, this proportion may be reasonable given that student work is generally shorter and tends to be focused on narrower topics than faculty work. Fellows (3%) and an additional small population of practitioners (2%) authored the remainder of reviewed articles in the sample. Jotwell’s reviewed authors thus reflect a relatively representative proportion of legal academia, with the vast majority of reviewed work coming from law professors. 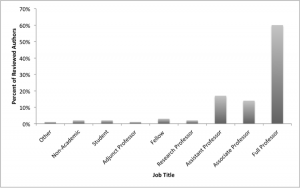 Figure 1: Status of Jotwell reviewed authors by current job title, as a proportion of all Jotwell reviews. N=194. (Click for larger version)

This is broadly reflective of the diversity of institutions that Jotwell’s editors hale from, but contrasts sharply with the much less diverse institutional origions of those published in top law journals. 4 Five percent of Jotwell’s editors were at schools ranked 1-3 in US News’ 2015 rankings, 12% at schools ranked 4-14, 23% at schools ranked 15-40, and 27% at schools ranked 41-80. Fourteen percent were from schools ranked 80+ and 4% from unranked domestic law schools. An additional 11% of editors work at international universities and 1% are not affiliated with law schools. Jotwell’s reviewed authors come not just from top law schools but from low-ranked and even unranked schools. Jotwell in this sense is achieving its goal of recognizing legal scholarship regardless of its source. We note also the appreciable number of non-US-based scholars and non-lawyer scholars recognized in Jotwell reviews. 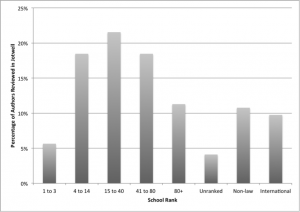 Figure 2: School rankings of the employers of Jotwell reviewed authors. Rankings based on the 2015 US News and World Reports Law School Rankings. N= 192. (Click for larger version)

Jotwell editors chose to review articles published by law reviews from throughout the ranking pool. More than 20% of reviewed articles appeared in law reviews ranked outside the top 80 according to Washington & Lee’s 2014 law review rankings, with 7% from reviews ranked 40-80, and 20% in law reviews ranked 15-40. Less than 20% of the reviewed articles were published in the top 14 law reviews. In addition to using Washington and Lee’s specific ranking of law reviews, we also ranked journals based on the rank of their affiliated school in the US News’ 2015 rankings as another indicator of relative prestige. The major differences in these two rankings are apparent at the extreme ends of the scale, where subject-specific journals from top law schools are ranked highly by US News but appear much lower in Washington & Lee’s rankings (where top spots are occupied by general law reviews). As such, 27% of Jotwell’s reviewed articles were in journals ranked in the top 14 according to US News rankings, 19% in journals ranked 15-40, 9% in journals ranked 40-80, and 1% in journals affiliated with schools ranked 80 and above. We also note that 18% of Jotwell reviews were of books and 15% were of articles appearing in non-law journals, which are not included in these rankings. Jotwell’s editors are thus frequently reviewing articles from outside top law journals, suggesting that Jotwell is achieving its goal of identifying quality legal scholarship regardless of where it is published. 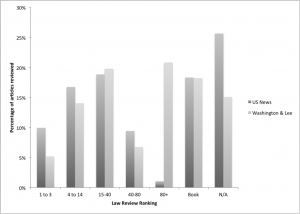 Figure 3: Rankings of Law Reviews publishing Jotwell’s reviewed articles. US News Rankings represent the ranking of the school the law review is affiliated with. Washington & Lee rankings are the 2014 rankings of the law reviews themselves. The N/A category includes unpublished papers, non-law journals and other law journals not ranked by the chosen institution (i.e. law reviews not affiliated with a specific school were considered N/A for US News rankings). N= 192. (Click for larger version)

Despite the diversity of its reviewed authors with respect to the ranking of home institutions, it appears that the authors reviewed in Jotwell were less racially diverse than the legal academy as a whole. In 2009, the last year for which the AALS published demographic statistics, approximately 72% of the legal academy was white, 5 and we trust that the percentage is if anything smaller today. As best we can determine, Jotwell reviewed authors were about 89% white in 2015. 6 Of the remaining reviewed authors, 6% were Asian, 4% African-American and 1% other races. This represents a significantly less diverse spectrum than that currently present in the legal academy. However, the racial diversity of Jotwell’s reviewed authors is almost exactly reflective of Jotwell’s reviewers: as far as we can determine, about 90% of Jotwell’s reviewers are White, 5% Asian, 3% African-American and 2% other races. This suggests an area where we could improve.

In sum, Jotwell reviews consider authors from throughout the legal academy, both those that are established full professors at top-tier law schools, as well as non-tenured professors at lower-ranked schools and also a small number of students and practitioners. Jotwell additionally brings attention to international scholars and other non-law professors whose work is relevant to legal academics. Finally, we note that in the 2014-2015 year two out of the 194 authors reviewed were reviewed more than once by Jotwell editors.

Happily, the results presented above seem broadly consistent with the achievement of Jotwell’s twin mission: noting major new contributions in the field and highlighting writing by academics from throughout legal academia. Some work remains to be done to encourage reviewers to think about whether Jotwell’s reviews are proportionally reflective of the racial diversity of legal academia. We hope nevertheless that Jotwell is proving itself as a source for celebrating the best new legal scholarship, wherever it comes from. We thank our editors and contributors for their diligence and insight in helping us identify this scholarship and we thank our readers for helping make Jotwell a success.

Annie Brett is a JD/PhD Candidate, University of Miami, and a Jotwell Student Editor, 2015.

A. Michael Froomkin is the Laurie Silvers & Mitchell Rubenstein Distinguished Professor of Law, University of Miami, and Jotwell’s Editor-in-Chief. 8

This site uses Akismet to reduce spam. Learn how your comment data is processed.