The Hunt as History and As Game

Most American law students are familiar with Pierson v. Post, a case that has been a fixture in American property law casebooks for well over half a century. Decided by the New York Supreme Court in 1805, Pierson v. Post is used in property law courses to illustrate the question of how property rights arise in wild animals. Today, it is frequently taught alongside cases exploring how property rights arise in contemporary contexts such as ground water, human genetic materials, baseballs hit into stadiums crowded with fans, and the like. The facts of Pierson are simple and memorable: Post is in pursuit of a fox on a beach in Long Island when Pierson interrupts the hunt and kills the fox. Has Post acquired a property interest in the fox by virtue of the fact of being engaged in pursuit of it? The New York court deciding the case canvassed a range of European authorities going back to Justinian. The majority ruled that no property rights could arise in a wild animal unless it was captured. The rule it advanced has the virtue of clarity. But it risks being unfair to Post, particularly if he was at the point of killing the fox and/or if his labors had made it easier for Pierson to kill it. The dissent, in a witty opinion by Judge (and future U.S. Supreme Court Justice) Henry Livingston, would have allowed for property rights in the fox to arise through something short of actual capture, namely, imminent taking. The dissent’s solution might be fairer to Post, perhaps, but specifying what counts as an imminent taking is no easy task, entailing more work for lawyers and judges.

In my own property law course, Pierson v. Post has appeared either at the beginning or the end, but in neither instance have I devoted more than half an hour of a single class session to it. I teach Pierson v. Post because it neatly illustrates the difference between clear rules and blurry standards, but also because it is a “classic.” I do not want my students to leave the course without having a glancing familiarity with something they are “supposed” to have run into in law school.

What has been a minor pedagogical experience for me and my students has been, it is fair to conclude, an obsession for Angela Fernandez. She has spent a decade working on her new book, Pierson v. Post: The Hunt for the Fox, and has recently authored a “rewrite” of the Pierson v. Post dissent in which she adopts the style of someone writing in 1805 but advances feminist and animal rights sensibilities.1 My review will cover both the book and the “rewritten” dissent and will set them in relationship to one another. END_OF_DOCUMENT_TOKEN_TO_BE_REPLACED

What should a modern legal service regulator look like? In some jurisdictions, like England and Wales, this question has resulted in dramatic reforms, such as taking the power of self-regulation away from lawyers. In contrast, much of the regulatory change in North America has involved relatively low-hanging fruit. Some new duties have been incorporated into codes of conducts, some economic restrictions have been lifted, and certain processes have been professionalized. There hasn’t been, however, any radical change.

For many years, the North American legal profession has defended this regulatory stasis with relatively simple appeals to broad concepts such as the “independence of the bar,” “the public interest,” and “professionalism.” In her recent article, Evidence-Based Lawyer Regulation, Elizabeth Chambliss argues that this approach is no longer sustainable and that “the profession’s authority over the regulation of legal services increasingly will require a commitment to evidence-based regulation.” In other words, if the legal profession wants to introduce—or even maintain—regulatory policies, it must offer convincing empirical data in support of such policies rather than simply lean on well-worn rhetoric. END_OF_DOCUMENT_TOKEN_TO_BE_REPLACED

In one sense, contemporary private law theory offers a wide range of approaches. For example, contract law theory includes significant theories whose focus ranges across promise, consent, property, commerce, reliance, choice, and wealth maximization, just to offer a quick sample. In tort law, one also finds theories that emphasize corrective justice as well as theories grounded on the inherent (“formalist”) nature of certain kinds of interactions. Under Steve Hedley’s analysis, however, all of these theories (and the comparable theories of other doctrinal areas within private law) in fact cluster in a narrow category, one that excludes important considerations once considered central to private law theory. In particular, Hedley’s argument is that modern private law theory tends to ignore or discount the purposes the state might try to achieve through law–the use of legislation and regulation in private law areas in order to achieve collective objectives. Hedley goes on to show how this is a relatively recent development, that older writings on private law offered a more central place for public purposes.

If, as current theories claim, private law doctrinal areas are, in fact, essentially about a particular value, or essentially about wealth maximization, or essentially about intrinsic-formalist truth, then what the state does will likely be seen as either irrelevant or ill-advised. State action will undermine the innate wisdom of the efficient market or the efficiency-increasing judgment of judges, and will distort outcomes away from what corrective justice requires. END_OF_DOCUMENT_TOKEN_TO_BE_REPLACED

What We’ve Got Here Is a Failure to Indicate

When a new word or catchphrase enters the social lexicon, some individuals will rush to the U.S. Patent and Trademark Office to try to be the first to obtain a trademark registration. That was the case with one John E. Gillard, who applied pro se to register #COVFEFE for hats, T-shirts, and related goods mere hours after the President included the word at the end of a midnight tweet on May 31, 2017. The Trademark Trial and Appeal Board affirmed refusal of the registration on the grounds that #COVFEFE, as a “sui generis nonsense word” that allowed users and observers to “project onto it any meaning they wish,” failed to function as a trademark for the applicant’s goods, particularly given the wide array of merchandise from different sources already featuring the term.

The question may be a bit murkier, though, when the applied-for mark has a closer association with the applicant. In August, many media outlets were abuzz with the news that The Ohio State University had filed an application seeking a trademark registration for the word THE, for use on “clothing, namely t-shirts, baseball caps and hats” in “standard characters, without claim to any particular font style, size, or color.” Included among the submitted specimens was a photograph of a women’s T-shirt from “The Official Team Shop of Buckeye Nation®,” depicting a red shirt with the word THE in large block letters, with a smaller Ohio State logo underneath, as well as a photograph of a white baseball cap with the word THE in large red capital letters. The popular reaction seemed to revolve around the perception that it was ludicrous to obtain a trademark registration for a common English word, even though many such trademarks exist. (APPLE comes immediately to mind.) END_OF_DOCUMENT_TOKEN_TO_BE_REPLACED 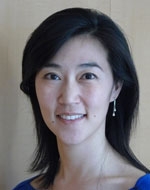 My first job out of law school was for then-Congressman John F. Tierney, who represented the North Shore of Massachusetts. John Tierney believed in single-payer health care. He also believed in states as laboratories of democracy, and wanted to make sure Massachusetts had the latitude to undertake health reform and establish a model of universal health care for the nation. I was hired to write a bill that could accomplish that vision. Perhaps realizing that I was going to be overmatched, Tierney asked me—as my very first duty, even before I was officially on payroll—to meet with Rashi Fein, the “father of Medicare.” The one detail I remember from that meeting was that Rashi warned I would need to write an ERISA waiver. I was terrified. I had just finished taking my last law school exam, commencement was still a few days away, and quite frankly, I had muddled my way through ERISA preemption in school without ever really understanding it. Consequently, my handiwork, H.R. 4412 for the 107th Congress, was a bit, shall we say, rough.

I feel a special appreciation now, two decades later, when I read Erin Fuse Brown and Elizabeth McCuskey’s article, Federalism, ERISA, and State Single-Payer Health Care, giving the issue of ERISA preemption the masterful treatment it deserves. In the interim, the political gyre has turned one complete revolution, through Massachusetts’ success in modeling health reform and the nation’s subsequent adoption of that model, to unrelenting Republican efforts to tear down the Affordable Care Act (ACA), leading us once again to serious consideration of state-based single-payer health care in otherwise dark times. Rep. Ro Khanna has even introduced a next-generation version of the Tierney bill. END_OF_DOCUMENT_TOKEN_TO_BE_REPLACED

Punitive Courts and Shaky Science: The Case of the Floating Lungs Test in the Criminal Prosecution of Abortions

The criminal regulation of abortion seems to be making a strong comeback. Aziza Ahmed in her draft paper, Floating Lungs: Forensic Science in Self-Induced Abortion Prosecutions, examines this trend, placing it in the context of what she calls a “prosecution-based approach to social issues including abortion, caretaking, and pregnancy.” (P. 4.) Ahmed’s paper offers a disturbing and important dive into the criminal prosecution of women who attempt to abort without help from a doctor—only to stand accused of crimes ranging from feticide to infanticide, to criminal child neglect, if the fetus was deemed to have been born alive. It is an inquiry that merits attention from family law scholarship, which has increasingly recognized that family regulation resides at the interstices of multiple regulatory regimes, including criminal law.1

The paper’s title refers to the forensic test, the Hydrostatic or Floating Lung Test (HLT or FLT), used to determine whether a fetus was born alive. In its simplest form, it involves submerging the lungs in water and observing if they float, which would be an indication of the presence of air, possibly in the aftermath of drawing a breath. The test was invented by Galen, a Roman physician (129AD-200AD), but emerged as a criminal trial tool in the 17th century and, according to Ahmed, is making a reappearance in cases that involve criminal prosecutions of women who have tried self-managed abortion, miscarried, or even given birth to a stillborn baby. Part of the problem with the test seems to be that, as part of a criminal procedure, it rightly belongs in the seventeenth century. The relevant forensic literature has concluded that the test is unreliable, as good as “witchcraft” according to some lay commentators. Courts, however, regularly resort to it. According to Ahmed, the courts are in fact legitimating an unreliable test, partly influenced by the pressures of the carceral state, the need to produce finality and certainty in cases where there is little room for that, and a moral panic about pregnancy and abortion. END_OF_DOCUMENT_TOKEN_TO_BE_REPLACED