Lessons from Literal Crashes for Code 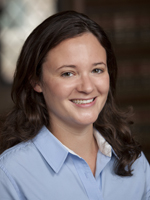 Software crashes all the time, and the law does little about it. But as Bryan H. Choi notes in Crashworthy Code, “anticipation has been building that the rules for cyber-physical liability will be different.” (P. 43.) It is one thing for your laptop to eat the latest version of your article, and another for your self-driving lawn mower to run over your foot. The former might not trigger losses of the kind tort law cares about, but the latter seems pretty indistinguishable from physical accidents of yore. Whatever one may think of CDA 230 now, the bargain struck in this country to protect innovation and expression on the internet is by no means the right one for addressing physical harms. Robots may be special, but so are people’s limbs.

In this article, Choi joins the fray of scholars debating what comes next for tort law in the age of embodied software: robots, the internet of things, and self-driving cars. Meticulously researched, legally sharp, and truly interdisciplinary, Crashworthy Code offers a thoughtful way out of the impasse tort law currently faces. While arguing that software is exceptional not in the harms that it causes but in the way that it crashes, Choi refuses to revert to the tropes of libertarianism or protectionism. We can have risk mitigation without killing off innovation, he argues. Tort, it turns out, has done this sort of thing before. END_OF_DOCUMENT_TOKEN_TO_BE_REPLACED

Professor Lobel begins by analyzing the various mechanisms by which employers diminish their workers’ options—and thus limit worker bargaining power for better compensation and benefits—by circumscribing their post-employment freedom of action. Of course, formal noncompetes are old news (even as a number of jurisdictions are taking steps to rein them in), and the use of horizontal wage-fixing and no-poaching agreements has gotten the renewed attention of the antitrust folk. But Lobel reminds us that employers can be incredibly creative in attempting to limit the mobility of their workers. Thus, she identifies restraints in the franchise setting and among sports and other associations. For example, class actions are pending against a range of fast food franchises whose agreements bar one franchisee from hiring another’s employees. She also stresses that customer nonsolicitation clauses can often be as effective as formal noncompetes since it may well be impossible to compete in a given geographic area without soliciting your former employer’s customers. Similarly, nondisclosure agreements are often drafted to protect far more information than trade secret law would reach, and “holdover” clauses— giving an employer the right to a former employee’s inventions made after the employment has terminated—reduce the value of creative workers to prospective new employers.

The effect of these and other “mobility penalties” is to decrease employee options, which not only restrains workers from taking higher paid jobs with competitors but thereby also reduces their bargaining power with their current employer. Needless to say, reducing competition among employers tends to depress compensation. On a macro level, Professor Lobel argues that these kinds of competition-dampening mechanisms may be partly to blame for the failure of wages to keep up with improving economic conditions and thus contribute to growing income inequality. Even more interestingly, she explores the effects of such employer tactics to lower wages on certain groups, most saliently the perpetuation of the gender gap in compensation. For a variety of reasons (“the need to coordinate dual careers, family geographic ties, and job market re-entry after family leave” (P. 18)),women are less mobile than men. That means that artificial restraints are likely to have disproportionately adverse effects on them since an already limited range of choices is further narrowed, perhaps to zero. Similar points can be made about older workers and minorities. While wages tend to be depressed for all workers by agreements that limit their ability to vote with their feet, some groups are more likely than others to suffer worse consequences. END_OF_DOCUMENT_TOKEN_TO_BE_REPLACED

The Dark Side of Childbirth: A Failure of Both Law and Medicine 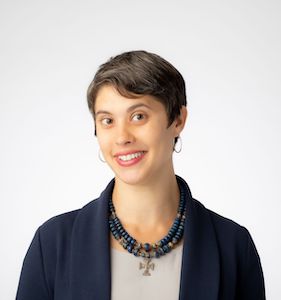 Recent reporting has drawn public attention to a crisis in U.S. maternity care. Concerns include the extensive use of C-sections and other medical interventions in hospital births, high rates of maternal mortality and morbidity, racial disparities in maternal and fetal outcomes, and the increase in planned home births. While many factors contribute to these problems, one rarely acknowledged factor that Professor Elizabeth Kukura highlights in her 2018 article of the same name is the phenomenon of obstetric violence. Examples of obstetric violence include performing interventions (such as C-sections, episiotomies, and artificial rupture of membranes) on birthing patients against their express refusal; coercing patients to accept such interventions by threatening them with withdrawal of care or legal action; physically restraining birthing patients with no medical justification; verbally disrespecting patients in labor; and questioning competent patients’ medical decisions.

The phenomenon of obstetric violence raises a host of questions about law, policy, and medical ethics–but to date, it has received limited attention from U.S legal scholars. Kukura’s Obstetric Violence is the type of foundational article that clearly and effectively lays the groundwork for continued scholarship in this area. Anyone interested in health law, tort law, reproductive privacy, feminist jurisprudence, or the intersection of law and medical ethics would be well-advised to read this piece and cite it extensively. END_OF_DOCUMENT_TOKEN_TO_BE_REPLACED