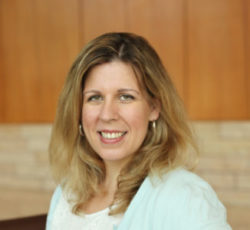 In June, columnist E. Jean Carroll added her name to the list of women who have alleged that President Donald Trump sexually assaulted them, describing him raping her in the dressing room of a department store over two decades ago. In response, Trump said that Carroll was “not my type.” The controversy revived a discussion from the 2016 election asking how a man with multiple credible allegations of sexual assault, recorded on audio boasting that he grabbed women “by the pussy,” received a significant proportion of women’s votes— according to exit polls, fifty-two percent of the votes of white women.

In Trump’s Angry White Women: Motherhood, Nationalism, and Abortion, forthcoming in the Hofstra Law Review, Yvonne Lindgren provides a fascinating explanation rooted in the fights around abortion. She traces a shift in the anti-abortion movement’s tactics after Roe v. Wade to focus on protecting a specific traditional vision of white motherhood through to today’s political and legal conflicts. In her telling, this change in anti-abortion rhetoric laid the groundwork for modern conservative arguments that claim white nationalist motherhood as their standard in broader culture wars. Lindgren’s argument is not only persuasive in its own right, but also helps to explain other movements in the law to limit women’s autonomy within the family and promote a narrow idea of appropriate motherhood. END_OF_DOCUMENT_TOKEN_TO_BE_REPLACED

There are two problems with cost-benefit models for environmental policymaking: the model inputs and the model outputs. This is not exactly news. Researchers and reporters have documented honest overestimates of regulatory costs, honest undercounts of regulatory benefits, and dishonest attempts to cook the cost-benefit books.1 The authors of the articles reviewed here avoid such easy targets. Instead, they strike at the heart of the welfarist policymaking preference that promotes and privileges cost-benefit analysis.

Learning from Others: The U.S. Legal Profession and Comparative Law

Over the past fifty years, the study of the legal profession has become a robust and exciting field, featuring rich doctrinal, empirical and theoretical inquiries as well as interdisciplinary insights. The growing body of scholarship includes globe-spanning comparative studies, ranging from the past and present of somewhat similar common law systems (several recent jots have covered fascinating regulatory trends and de-regulation developments in the UK), to more distinct legal professions.1

What is the Moral Problem with Private Tyranny? Is Contract to Blame?

Both of the first two chapters of this new edited volume–The Contractualisation of Labour Law by John Gardner and Is the Contract of Employment Illiberal? by Hugh Collins—grapple with the structure of employment relationships and how they relate to their legal form. (We are lucky to have had another important recent treatment of this question by Elizabeth Anderson in Private Government (2017).)

John Gardner does not ask precisely the question of my title, but he does offer an answer to it. Gardner is primarily critical of a trend toward what he sees as the contractualization of labour, which he regards of a more general trend toward the contractualization of relationships generally. Tracing our obligations back to contract, he argues, tends to lead us to think that our contracts are the reason we owe other people what we owe them. We also tend to look at our contracts as the fountains of obligation, rather than the nature of our relationships with other people. END_OF_DOCUMENT_TOKEN_TO_BE_REPLACED

A sure sign of a terrific book is that various readers can agree that it is illuminating and impressive but identify different aspects of the book as its most insightful and important elements. Contrasting positive reactions are a testament to the richness of a book. That is what struck me upon reading Sean Coyle’s JOTWELL review of Roger Cotterrell’s Sociological Jurisprudence.1 I second Coyle’s praise for this “very interesting, thought-provoking, and beautifully written book.” And I concur with his assertion that all jurisprudents will profit from reading it.

This review provides an account of what makes Cotterrell’s sociological jurisprudence so different from other contemporary jurisprudential works. While Coyle’s title, “A New Jurisprudence?,” suggests that Cotterrell has a novel take on jurisprudence, he does not explain precisely what makes it new. That is what I focus on in this review. I encourage readers to examine Coyle’s review. He concisely describes the three-part structure of the book—the role of the jurist, transnational regulation, and legal values in sociological perspective—while raising probing questions about each part. I will therefore forego providing a descriptive overview of the book. END_OF_DOCUMENT_TOKEN_TO_BE_REPLACED

At the end of the Supreme Court’s October 2010 Term, George Washington University law professor (now President and CEO of the National Constitution Center) Jeffrey Rosen wrote a pointed essay for The Atlantic titled Why I Miss Sandra Day O’Connor. Justice O’Connor retired from the Court in January 2006, and Rosen was writing to bemoan the sharp conservative turn that he believed the Court had taken over the five years since Justice Samuel Alito had been confirmed as her successor. Although Rosen had strongly criticized O’Connor’s “pragmatic, split-the-difference jurisprudence while she was on the Court,” the utility of that approach—and the centrism it bespoke—had not only become increasingly clear in hindsight, but its absence in cases such as Citizens United v. FEC had become increasingly noticeable, and, to Rosen, distressing.

Eight years later, at the end of the Court’s first Term with its new, solidified five-Justice conservative majority, Evan Thomas’s breezy, thoughtful, and incisive new biography of Justice O’Connor leaves the same impression. The monograph, which the Justice authorized and in which she and her family encouraged colleagues and clerks to cooperate, is more than just a recounting of the high (and lower) points of Justice O’Connor’s remarkable (and remarkably well-documented) life and career and an engaging study of the first woman appointed to the highest Court in the land. It is also an elegy—for a moment in the political life of the country and in the perception (and internal politics) of the Supreme Court that has clearly passed. Exactly 100 years after William Butler Yeats warned that “the centre cannot hold,” Thomas’s volume is not just an accessible “intimate portrait” of someone who, in his words, “is easy to caricature and harder to understand;” it is a powerful reminder of the increasingly forgotten virtues of moderation, compromise, and civility—not just within the marble halls of One First Street, but on Main Street, as well. END_OF_DOCUMENT_TOKEN_TO_BE_REPLACED

Not Your Scalia’s Textualism 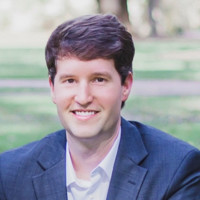 In Fourth Amendment Textualism, Professor Bellin tackles an age-old question: what is a search? His article takes a deep dive into the text of the Fourth Amendment, how the Supreme Court has interpreted it, and how he would like the Court to return back to the original meaning.

While this paper brings forward a thought-provoking analysis of the Fourth Amendment, it also has the ability to teach the reader about current search and seizure jurisprudence. The article provides students of the constitution familiarity with what a search is and how the Supreme Court has arrived at its current thinking, while at the same time, opening up a slight rift in the common and unshakeable understanding of that familiar terrain. END_OF_DOCUMENT_TOKEN_TO_BE_REPLACED

A New Perspective on Some Familiar Corporate and Business Law Tools

Perhaps the marker of a really good observation is that once it’s been made, it seems obvious, and we’re surprised that it hasn’t been made before. This is Sarah Light’s article, The Law of the Corporation as Environmental Law.

Climate change is a terribly urgent problem. Limiting global warming is a priority that, according to some, calls for wartime levels of mobilization. Yet in an imperfect world, with consensus on basic priorities lacking, some of us have learned to look not only to ambitious regulatory programs but also to the kind of incremental work that, unglamorous as it may seem, could produce real change now. It may be the dysfunctional state of current high politics in the US and the UK that has provoked several academics to think, again, about what might be possible through other mechanisms (see, e.g., Tom Lin, Iris Chiu & Edward Greene, John Armour et al.).

Corporate Social Responsibility (CSR)/ Environmental, Social and Governance (ESG) is not new. What is unique in Light’s article is that she argues for seeing corporate and business law—corporate law, securities regulation, antitrust, and bankruptcy—together, as a “single phenomenon with significant implications for firms’ environmental decision making.” (P. 145.) That is, she argues that corporate and business law should be understood as environmental law. END_OF_DOCUMENT_TOKEN_TO_BE_REPLACED

The Rise of Stealth Canons? 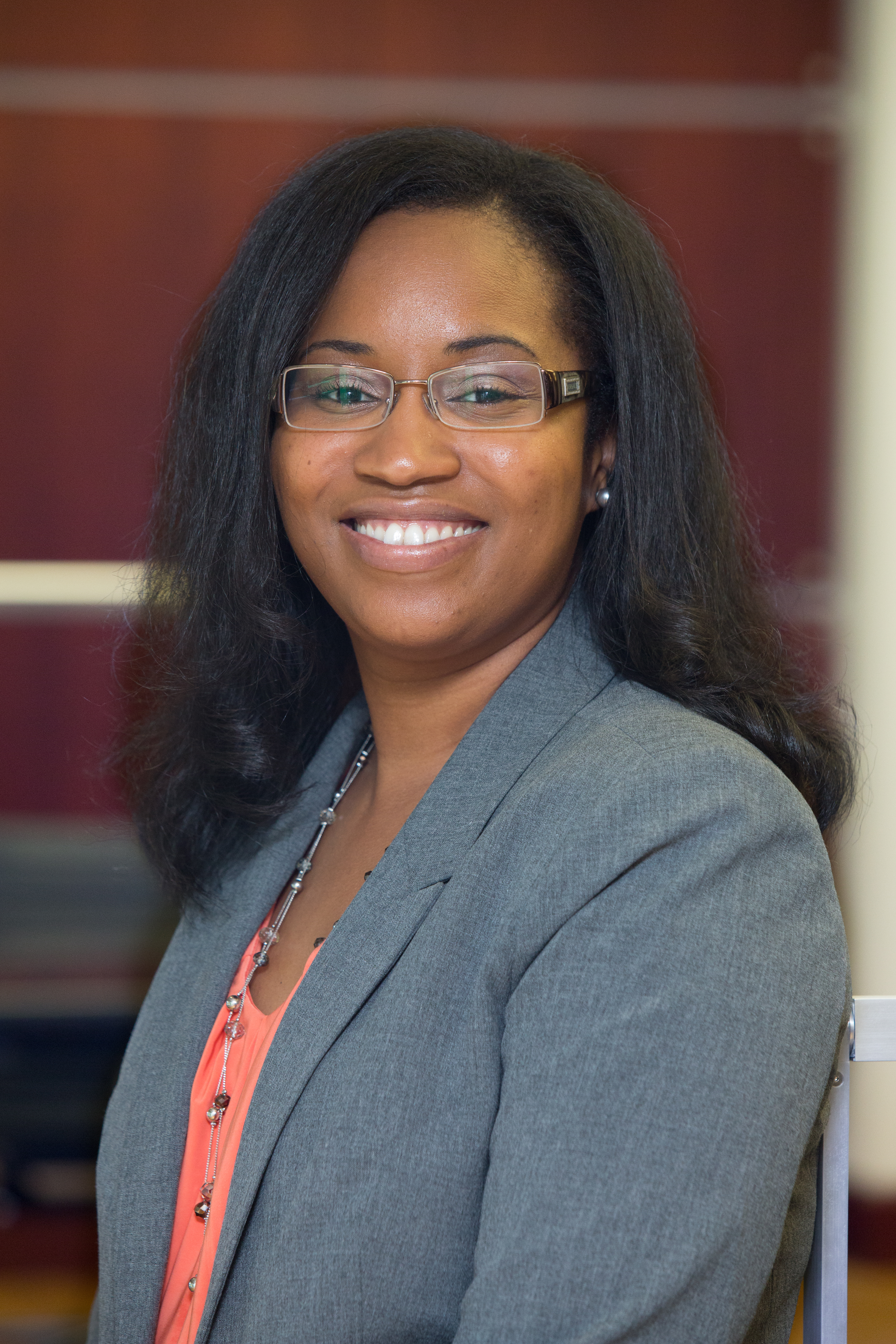 In Passive Avoidance, Professor Anita Krishnakumar argues that the Roberts Court has retreated in recent years from the aggressive use of the constitutional avoidance canon that dominated much of its early jurisprudence. Instead, the Court now relies on doctrines like the rule of lenity, federalism clear statement rules, and the mischief rule as alternatives to the constitutional avoidance canon, a move that she refers to as “passive avoidance.”

Why Energy Companies Must Use the Power of Eminent Domain

Energy and Eminent Domain, by James Coleman and Alexandra Klass, is a must read for anyone who is interested in administrative law, government regulation, constitutional law, property law, energy law, environmental law, or climate change. I hope that I have not left anyone out, because I think that anyone who has any interest in law or public policy should read this article. Its substance is important and timely, and its narrative style makes it an easy and pleasant read.

The topic of the article is the use of eminent domain by privately-owned companies that construct oil and gas pipelines and electricity transmission lines. I suspect that many legal academics are not even aware of the routine use of eminent domain by private energy companies. I know that the Justices of the Supreme Court are not aware of that longstanding and ubiquitous practice. In its unanimous April 29, 2019 opinion in Thacker v. TVA, the Court held that TVA is immune from tort suits only when it performs a governmental function and not when it “acts like any other company producing and supplying electric power.”1 The Court referred to use of the eminent domain power as an illustration of a uniquely governmental function that cannot be performed by a private company: “When the TVA exercises the power of eminent domain, taking landowners’ property for public purposes, no one would confuse it for a private company.”2 END_OF_DOCUMENT_TOKEN_TO_BE_REPLACED