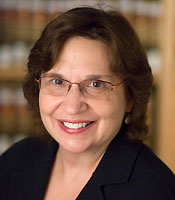 In an age of growing income inequality and daily reminders of the privileged lives led by the rich and famous, it should come as no surprise that tort law might come to mimic the glaring disparities in the larger culture. The thesis of Scott Skinner-Thompson’s new article is that the courts have done just that in adjudicating privacy claims for the tort of public disclosure of private facts. Specifically, Skinner-Thompson argues that in applying the black letter law, courts have systematically favored privileged plaintiffs (often celebrities) without showing a similar regard for ordinary individuals, particularly plaintiffs from marginalized communities.

The article is rich in examples of disparate results linked to the identity of the plaintiff. There is the case of the gay man who loses his public disclosure lawsuit, despite being “outed” by the pastor of his church to other church members and a future in-law. Yet Hulk Hogan, the professional wrestler and reality show star, known for boasting about his sex life, wins a multi-million judgment when Gawker posts a sex tape of one of his sexual encounters. No recovery for a teenage victim of revenge porn when a website publishes a nude photo of the plaintiff she had privately sent to her boyfriend, but a sizable recovery for professional football player resulting from a tweet of his medical records indicating that he had to have a finger amputated. And on and on. END_OF_DOCUMENT_TOKEN_TO_BE_REPLACED

The tax bill that Republicans in Congress passed, and that Donald Trump signed in December 2017, might end up being one of the shortest-lived tax laws in U.S. history. Not only are large elements of it explicitly temporary, but the political moment that led to its passage seems already to be passing, quite likely to be followed by a time when progressive tax policy will once again be politically viable.

However, even if this bill lapses or is repealed (in whole or in part), Alice Abreu provides an important contribution to our understanding of what just happened in Tax 2018: Requiem for Ability to Pay. The title of the article telegraphs the importance of the issue that she identifies as the most unfortunate aspect of the new tax law. Whereas objective analysts knew that the bill’s changes would make the tax system less progressive than it had been, Abreu explains that seemingly unrelated elements of the bill add up to a repudiation of the very idea of progressive taxation. END_OF_DOCUMENT_TOKEN_TO_BE_REPLACED