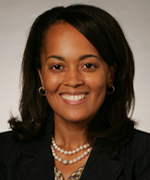 As the United States Supreme Court said in 1979 and restated in 1982 and then restated again in 2002, “‘the right to exclude others’ is ‘one of the most essential sticks in the bundle of rights that are commonly characterized as property.’”1 Just as the bundle of sticks metaphor has become ubiquitous and virtually indispensable to the definition of real property, so too has the right to exclude become essential to the idea of the assemblage of rights and things that constitute real property. Katrina M. Wyman, in her article Limiting the National Right to Exclude, challenges her reader “to rethink the robustness of the right to exclude that states currently enjoy” against the challenges to human mobility that she believes climate change will generate for millions of people. (P. 459.)

Regardless of one’s position regarding climate change, Wyman draws her reader into a compelling “what if” conversation. What if the earth’s physical environment is changing such that, in a relatively short period of time, land that is currently inhabited will become uninhabitable, either because of sea level rise or because of increasingly high temperatures? How should we understand the prospects of individuals and cultures that become dispossessed under such scenarios? END_OF_DOCUMENT_TOKEN_TO_BE_REPLACED 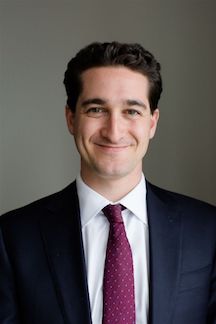 Stephen Ware’s The Centrist Case for Enforcing Adhesive Arbitration Agreements is a welcome exception. This readable exposition of the politics of arbitration law makes the case that the best cure for arbitration’s ailments is found at the political center. This article is Ware’s third in a three-part series on this topic.1 Jurisprudence on both the left and the right, he argues, leaves doctrinally incoherent or incomplete solutions. END_OF_DOCUMENT_TOKEN_TO_BE_REPLACED

Minding the Gap: Access to Justice Over the Years 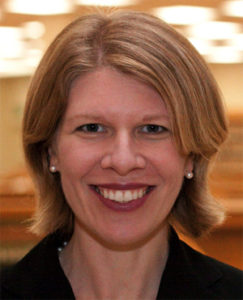 In Access to Justice: Looking Back, Thinking Ahead, Deborah L. Rhode and Scott Cummings—two giants in the field—take stock of where we are when it comes to access to civil justice in the United States. Not content merely to offer an anodyne retrospective, they then use the opportunity to outline a bold agenda for future progress.

Rhode and Cummings begin their inquiry by assessing the scope of the problem. But, in so doing, they confront the same dismal paucity of reliable data that’s afflicted this inquiry for decades. As Rebecca Sandefur has bluntly put it: “[A]t present, we have no idea of the actual volume of legal need, and no idea of the actual volume of unmet legal need.” While the Legal Services Corporation (LSC) reports that “over four-fifths of the legal needs of the poor remain unmet,” it is hard to know whether that is true, as even identifying what a “legal need” is or isn’t is surprisingly difficult. (P. 487.) Many situations raise legal issues, have legal consequences, or pose legal risks, but how do we know whether any given situation is one of true legal need that can only be handled by someone with bona fide legal expertise? Worse, how do we assess those situations based on lay people’s sometimes hazy recollections, often long after the fact? END_OF_DOCUMENT_TOKEN_TO_BE_REPLACED

Scholars from a variety of disciplines have begun to explore what they see as the lost virtues of political economy. In its broadest conception, this term is meant to capture the basic truism that any study of politics or economics should reflect their mutually constitutive character. A renewed interest in political economy and the law further reflects the same mutuality among law, politics, and economics. Central to such renewal is a claim that analytically segregating these fields leads to analysis that is both descriptively inaccurate and has powerful and troubling normative consequences.

Sabeel Rahman’s Democracy Against Domination is a leading example of a new generation of scholarship that demonstrates both the descriptive and normative promise of law and political economy. Rahman’s mission in the book is to reinfuse debates on financial regulation with overt concern for democratic participation and to recover an ethos that sees American economic and political citizenship as inextricably intertwined. Rahman’s history traces how this ethos was lost over the course of the twentieth century, and in doing so produces a sustained historical inquiry about how we arrive at what is considered “normal” or inevitable about legal regulation. Domination’s chapters follow the pattern of presenting a modern problematic in regulation and then demonstrating how contemporary responses are both democratically impoverished and historically contingent. The aim of the endeavor is to argue that fields of law that have been exorcised of any referent to democratic values, notably antitrust and administrative law, need to be reopened and remade. The alternative is to face pressing issues of inequality with an ultimately ineffective set of regulatory responses. END_OF_DOCUMENT_TOKEN_TO_BE_REPLACED