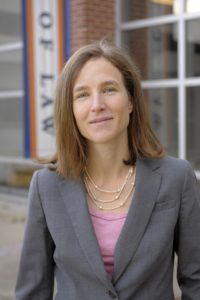 Cryptocurrencies and Initial Coin Offerings (ICOs) present an extreme challenge to law organized by national boundaries. Legal Challenges of Initial Coin Offerings by Iris M. Barsan—a modestly titled (for US standards) and concise article—provides a comparative account of the regulation of cryptocurrencies. Fundamental questions are at stake: What are cryptocurrencies? Are they money? Securities? Something completely new? One of the article’s strengths is its recognition that we should care deeply about who gets to provide the answer. The article contributes to a growing literature about a hot topic by being explicit about the jurisdictional and choice-of-law issues inherent in transactions carried out in what the author describes as “completely virtual spaces without any territorial or geographic boundary.”

What are cryptocurrencies? Existing categories are of limited help. Cryptocurrencies have characteristics of money or securities, so regulation could borrow from these areas, but their structure varies and they do not fall cleanly into one category or the other. Barsan contests the characterization of cryptocurrency as a legally unidentified object (objet juridique non identifié). Instead the author suggests that we should think of it as having multiple identifications based on the characteristics of the particular cryptocurrency, especially currency-like or security-like tokens. END_OF_DOCUMENT_TOKEN_TO_BE_REPLACED 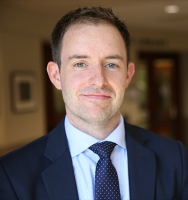 With the future of health law and policy shifting on a nearly daily basis, producing clear and stable health law scholarship has become a daunting task, risking leaving the field adrift during a period of vexing uncertainty. Evocatively handling this challenge, one piece of esteemed scholarship that has boldly filled a gap—and, I would submit, one of the best articles of health law scholarship over the last year—is Agency Imprimatur & Health Reform Preemption by Elizabeth Y. McCuskey. The article was a pleasure to read and review for this Jot.

No matter the future of specific features of the Affordable Care Act (ACA)—as many truly hang in the balance—McCuskey’s piece takes on a core principle and likely enduring feature of health care reform: the federal statute’s waiver mechanism. Her piece places the ACA’s “big” state innovation waiver (housed in Section 1332 of the Act) in the larger context of murky preemption doctrine and highlights its ultimate impact on judicial review, substantive policy expertise, and communicative federalism. McCuskey’s masterful treatment of a complicated topic is valuable not only given the instability in federal health reform, but given the fact that the ACA’s state-empowering waiver process is likely to only increase in importance and focus under the Trump administration. In short, her topic is likely to become only more significant, and her analysis more indispensable. END_OF_DOCUMENT_TOKEN_TO_BE_REPLACED

The topic of police reform has received a great deal of attention in academic and policy circles in recent years. One of the most influential frames for the police reform conversation has been procedural justice. Procedural justice, closely associated with the work of Tom Tyler, has replaced a number of other theories of police reform that have fallen, at least temporarily, into the dustbin of history. The procedural justice reform frame focuses on increasing police legitimacy and restoring community trust in the police to improve legal compliance. To achieve that goal, police officers are encouraged to respect human dignity and equality by treating all people with respect, by listening as people express their concerns and feelings in the course of their interactions with police, and by policing in a neutral, nondiscriminatory way. This procedural justice approach stood at the center of the May 2015 Final Report of the White House Task Force on 21st Century Policing and police departments across the country have adopted procedural justice approaches and practices over the past few years.

Enter Monica Bell. Drawing on narrative data that she, along with a research team, collected in Baltimore, Maryland, in the wake of the police killing of Freddie Gray, Bell explains what is missing from the procedural justice frame. She argues that procedural justice centers concerns about compliance with the law, and consequently, focuses on increasing legitimacy in individual interactions to improve compliance. Or, as she puts it “in the version of legitimacy theory that policymakers have adopted most completely, trust between police and communities is understood as a problem of illegitimacy: the key concern is the degree to which people will choose to obey the law and its enforcers.” (P. 2072.) The intellectual origin of this model is Weberian analysis of the subjective process of legitimation, achieved through procedure and consent. The core analytical question at issue in this model is how to legitimate law enforcement in the eyes of the individual, thereby achieving greater compliance with the law. Procedural justice is the answer to this question. END_OF_DOCUMENT_TOKEN_TO_BE_REPLACED

What Do Audits Teach Us About Tax Compliance? 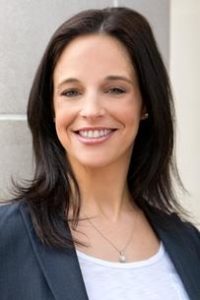 For those interested in understanding taxpayer compliance—including what motivates taxpayers to report honestly and how to reduce tax evasion – there is a robust body of empirical and legal literature. A number of economists and lawyers have examined the effect of traditional deterrence mechanisms like audits and penalties, as well as non-economic factors like social norms, guilt, taxpayer attitudes about how their tax money is spent, and other psychological factors. While this growing body of literature provides a rich description of the myriad of factors that influence tax compliance decisions, our understanding of taxpayer behavior is far from complete, and further study continues to be necessary. In expanding our understanding of taxpayer motivations, one revealing but possibly overlooked resource is the IRS Taxpayer Advocate Service (“TAS”), which each year publishes a number of empirical studies and other reports relevant to tax compliance. The authors of TAS studies are uniquely situated in that they have access to IRS tax return data, which should provide the best evidence of how taxpayers make decisions in the real world.

As part of the Taxpayer Advocate’s most recent Annual Report to Congress, the TAS published Audits, Identity Theft Investigations, and Taxpayer Attitudes: Evidence from a National Survey (the “Report”). The Report surveyed 2,729 Schedule C filers, that is, taxpayers reporting income from self-employment. Of this group, roughly half (1,363) had been previously audited and half (1,366) had not. One of the primary goals of the Report was to examine how audits influence taxpayer attitudes and behavior. While several of the findings are predictable and consistent with other research on audits, three of the Report’s findings are quite surprising. END_OF_DOCUMENT_TOKEN_TO_BE_REPLACED