On Being Mostly Right 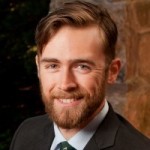 Close only counts in horseshoes, hand-grenades, and the Supreme Court’s recent treatment of equitable remedies. So says Samuel Bray in The Supreme Court and the New Equity, where he defends fourteen Supreme Court decisions decided from 1999 to 2014 that are fraught with errors and frequently criticized, which Bray labels “the new equity cases.” The equity in these cases is “new” in two ways. First, it maintains a clear distinction between equitable and legal remedies by entrenching the “irreparable injury rule,” or the requirement that there be no adequate remedy at a law before a judge consider equitable relief. Second, it seeks to control judicial discretion by adhering strictly to the history of equitable practice, and drawing from that history rules and multi-part tests to guide the application of equitable relief.

“It is not easy to imagine,” Bray writes, “anything further from the conventional scholarly wisdom than” the doctrinal developments of the new equity cases. (P. 1008.) For one, experts had long celebrated both the death of the irreparable injury rule and the unity, for all practical purposes, of equitable and legal remedies. Bray points to Douglas Laycock’s 1991 book “The Death of the Irreparable Injury Rule” as the aristeia of a movement to tear down the barrier between equitable and legal remedies that began over a century ago. Laycock “meticulously” illustrated that the requirement to show no adequate remedy at law has no discernable impact on a judge’s decision whether or not to grant equitable relief; as Bray puts it, “[w]hen judges want to give a permanent injunction, they never find legal remedies adequate.” (P. 1006.) Even the American Law Institute criticized the irreparable injury showing as “antiquated” and “spurious” in its Restatement (Third) of Restitution and Unjust Enrichment. END_OF_DOCUMENT_TOKEN_TO_BE_REPLACED

American politics is increasingly polarized. The New York Times recently published an article listing all of the people and organizations that Donald Trump has insulted during his Presidential campaign so far. Republicans and Democrats get in trouble just for working together in Congress. This makes the U.S. Supreme Court an especially interesting institution right now. Though unelected, it is made up of Republican and Democratic appointees who decide important constitutional and other cases together. Professor Eric Berger, of the University of Nebraska School of Law, has written an important law review article addressing a related problem that has emerged on the Court: a tendency towards “absolutism” in its judicial opinions. So, has political polarization somehow carried over to the Court? If yes, what are the explanations and solutions?

Professor Berger’s article is well written, nicely organized, deeply researched, and comprehensively analyzed. Moreover, his article shows the value of traditional doctrinal legal scholarship, though the article includes abundant theory as well. The article was published before Chief Justice Roberts’ dissent in Obergefell v. Hodges, 576 U.S. __ (2015), where Roberts wrote that gay people may celebrate the decision, but added derisively that the majority’s decision has “nothing to do with the Constitution.” Ironically, the point of Roberts’s dissent was the lack of humility in Justice Kennedy’s majority opinion. So Professor Berger is on to something. The late Justice Scalia frequently, and with increasing harshness, skewered the opinions of the other justices. END_OF_DOCUMENT_TOKEN_TO_BE_REPLACED

Theories of corporate law and governance that purport to explain the nature of the corporate entity, the legitimate objective of corporate decision-making, and/or the balance of corporate power have proliferated over recent decades, and the debates prompting them show no signs of abating. Some accounts place the shareholders’ interests at the core of the enterprise, while others present more embracing conceptions requiring (or at least permitting) regard for other “stakeholders” such as employees and creditors. Similarly, some accounts identify shareholders as the font of legitimate corporate power, while others present more board-centric conceptions. Adding to the complexity, various theories combine differing perspectives on the corporate objective and corporate power in differing ways, often rooting them in irreconcilable conceptions of what the corporate entity itself fundamentally is. As time passes, the arc of corporate theory would appear to bend toward fragmentation rather than closure.

In the article cited above, Martin Gelter and Geneviève Helleringer illuminate these issues from a fascinating doctrinal perspective, exploring what the persistence of so-called “constituency directors” – placed on the board by a particular individual or institution – reveals about the nature and defining objective of corporate decision-making. Gelter and Helleringer bring to the task not only deep engagement with the scholarly literature in these areas, but also considerable comparative and interdisciplinary sophistication. Drawing upon a broad range of examples from U.S., U.K., and Continental European corporate legal systems, they observe a “fundamental contradiction” manifesting itself in all of them – “the tension between the uniformity of directors’ duties and the heterogeneity of directors themselves.” Specifically, they identify an apparent “paradox” in permitting “directors’ nomination rules linked to specific constituencies” while at the same time imposing “heterogeneity-blind duties.” Building on their descriptive account of illustrative doctrinal structures, Gelter and Helleringer assess them against prevailing formulations of the corporate objective, social scientific insights, and the available empirical evidence, concluding with a normative case for reform. Their product is informative, insightful, and a pleasure to read. END_OF_DOCUMENT_TOKEN_TO_BE_REPLACED