When the architect Philip Johnson was late in remitting payment for a sculpture he had purchased from the artist Robert Morris, Morris did not, apparently withhold the sculpture itself. Rather, he created an addendum, a note that read as follows:

Johnson purchased the document, and the deed — whatever it was — was done. The sculpture and the document are now both part of the collection of the Museum of Modern Art in New York.

Whether Morris’s act was the result of true pique or only a bit of cheekiness is unclear. But it gives rise to a set of familiar and still debated questions: Was the “metal construction” no longer art because its “maker” no longer wished to stand by its aesthetic qualities? And, if so, does that mean that the sculpture no longer had an artist but had merely a manufacturer? Does authorship (and, throughout, I will use the term to encompass all modes of creative production) require at least artistic conceptualization? Or is skillful craftsmanship sufficient, so long as the relevant community perceives aesthetic value in the work?

One of the challenges of teaching Health Law is that the course covers so many distinct areas of law that it can be hard for students to find an overarching theme, beyond the obvious one that all of the issues have something to do with doctors, patients, or hospitals. I was therefore very pleased to come across Lindsay Wiley’s new article, From Patient Rights to Health Justice: Securing the Public’s Interest in Affordable, High-Quality Health Care. In this article, Wiley examines analytical models previously developed by health law scholars and proposes a new model designed to place greater emphasis on collectivist concerns. The article should appeal not only to health law scholars, but also to anyone interested in how legal analytical frameworks can be used both to explain past developments and to reshape the terms of ongoing policy debates.

Wiley begins by examining four main models of health law, which she calls “professional autonomy,” “patient rights,” “market power,” and “health consumerism.” Under the professional autonomy model, which was dominant in the first half of the twentieth century, most legal and policy questions about health care were considered to be within the exclusive competence of professionals. This model eventually gave way to the patient rights approach, which sought to use the law to protect patients’ ability to make autonomous decisions, to improve quality, and to facilitate access. The market power model, which emerged in the 1970s, began to look at health care as an economic system, with a particular focus on the unique characteristics of health care markets that can distort the normal application of market forces, such as information asymmetries and the ubiquity of insurance. Finally, the health consumerism model, which Wiley describes as a “melding” of the patient rights and market power models, aims to draw on the power of markets in the service of empowering patients and improving the quality of care. END_OF_DOCUMENT_TOKEN_TO_BE_REPLACED

A Fresh Look at Qualified Immunity 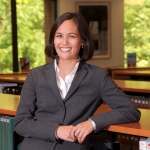 Qualified immunity—the doctrine that prescribes whether government officials alleged to have committed constitutional violations should be immune from suit—has traveled a winding path. It asks two questions: whether a constitutional violation was actually committed, and whether the constitutional right in question was clearly established at the time of the violation. If the answer to either or both questions is “no,” then the government official is entitled to qualified immunity and the suit against her is dismissed.

Over the past two decades, the question of whether and in what order courts should decide these two questions has preoccupied the Supreme Court. The Court indicated in Wilson v. Layne (1996) that it generally was better for courts to resolve the constitutional merits question first, and then held in Saucier v. Katz (2001) that courts were required to do so. Its reasoning, in both instances, is that courts must articulate constitutional law in order to guide the conduct of government officials in the future. Just eight years later in Pearson v. Callahan, however, the Court shifted course, holding that deciding the constitutional merits question was discretionary, not mandatory. END_OF_DOCUMENT_TOKEN_TO_BE_REPLACED

Henry Maine famously claimed that societies tend to move from status to contract.1 Martha Ertman has been one of a number of prominent family law scholars who have chronicled, and at appropriate occasions critiqued, the way that family law has increasingly allowed enforceable agreements to modify or supplement the status relations of marriage and parenthood. In Marital Contracting in a Post-Windsor World (and also in her wonderful recent book, Love’s Promises (Beacon Press, 2015)), Ertman shows the intricacies of family law agreements: how they include not only status rules, and some default rules subject to variation by express agreement, but also certain agreements and exchanges that are not enforceable through the courts—but may be supported by social conventions and expectations.

Ertman focuses on three elements of the “pair bond exchange” that occurs with couples: money, housework, and sex. As she explains, couples (married and unmarried, opposite-sex and same-sex) make whatever arrangements they wish about these matters while together. These agreements are made in the shadow of social expectations, market forces, and state rules about which agreements are enforceable and what monetary dispositions will be imposed on spouses at divorce. For example, the decision about which partner stays at home to take care of children often reflects gender expectations in society combined with gender discrimination in wages (when the market pays men more than women for the same work, then it will frequently make better sense economically for the husband/male cohabitant to work rather than the wife/female cohabitant, if one of them needs to be at home full-time). Throughout, the article helpfully grounds its conclusions about pair-bond exchanges in a wide range of sociological studies. END_OF_DOCUMENT_TOKEN_TO_BE_REPLACED

Not So Subversive After All: Gay Men’s and Lesbians’ Wills

Arguments in equality litigation, speech in parliamentary hearings, and campaigns to sway public opinion need a simple, punchy message. We’re just like you. Marriage is about love and we love too. Mariage pour tous. As I have observed elsewhere, the end of litigation and political lobbying may open space for research of a particular character. Research unconnected to an immediate political imperative such as the push for equal marriage may have the luxury of asking more questions than it answers. It may challenge or complicate assumptions about what would best deliver equality to a group. With the media spotlight aimed elsewhere, one may even acknowledge a group’s internal diversity and potential fractures – and ask how solidly it hangs together.

Sue Westwood’s lovely paper on wills by older lesbians and gay men occupies this space. With civil partnership around for more than a decade and same-sex marriage enacted in England and Wales (2013), it’s more comfortable to bracket formal equality’s discourse of sameness and ask about difference. Drawn from the wider socio-legal study of Westwood’s doctoral research, the paper presents findings from interviews with 15 older lesbians and gay men. Westwood reports difference between heterosexuals and her research participants and within the latter group. We see distinctions among participants based on class, marital status and family form, and – uncomfortably for those cleaving to the ideal of a single LGBT “community” – sex. A couple of gay respondents admit candidly that their male-centred friendship networks result from avoiding women. END_OF_DOCUMENT_TOKEN_TO_BE_REPLACED