It is Not Open Season on Men

“Why should women live in anticipatory dread and hypervigilence?” Elizabeth Sheehy writes in the concluding chapter of her important new book Defending Battered Women on Trial: Lessons from the Transcripts. Instead, she argues, the legal system should “shift the risk of death to those men whose aggressions have created such dehumanizing fear in their female partners”.

In Defending Battered Women on Trial: Lessons from the Transcripts, Sheehy offers a compelling and startling account of the criminal justice system’s failure to protect women from the men who batter them. She begins the book by situating the issue in its historical legal context. Making the work accessible to an audience much broader than just those well-versed in criminal law, Sheehy provides the reader with ample background to understand the legal context in Canada both prior to and in the years following the Supreme Court of Canada’s 1990 recognition of battered women syndrome in R. v Lavallee. END_OF_DOCUMENT_TOKEN_TO_BE_REPLACED

Although we live in a global, interconnected world, legal scholarship – even scholarship about the Internet – often focuses on domestic law with little more than a nod to developments in other jurisdictions.  That’s not necessarily a bad thing; after all, theoretically robust or historically thorough works can rarely achieve their goals while surveying the landscape across multiple countries with disparate traditions and laws.  But as a student of U.S. law, I appreciate articles that explain how other legal systems are addressing issues that perplex or divide our scholars and courts.  Given the tumult over intermediary liability in recent years, comparative commentary on that topic has special salience.

In this brief (draft) article, Graeme Dinwoodie explores both structural and substantive differences in how the United States and Europe approach intermediary trademark liability in the Internet context.  To an outsider, the European web of private agreements, Community Directives, CJEU opinions, and sundry domestic laws can appear daunting and sometimes self-contradictory.  Dinwoodie puts them all into context, offering a coherent explanation of the interaction between Community law, member state law, and private ordering, and situating the overall picture within a broad normative framework.  And he contrasts that picture with the one emerging through common law in the United States.  The result is a readable, informative study of two related but distinct approaches to intermediary trademark law. END_OF_DOCUMENT_TOKEN_TO_BE_REPLACED

The Public-Private Enforcement Regime: Does the False Claims Act Work?

Pharmaceutical companies represent the poster-child defendant for whether public-private enforcement works. While subject to FDA prosecution for violation of the Food Drug Cosmetic Act, they more often face qui tam suits by private relators, usually but not exclusively for off-label promotion. DOJ may or may not choose to intervene, but if it does jump in, the Department operates with the advantage of a 90% success rate (frequently as a result of settlement because the companies can’t risk debarment). Before the case is concluded, it may have been joined by some combination of the Veterans Administration, state Medicaid Fraud Units or relators under mirror state-law False Claims Acts for recovery of Medicaid dollars, as well as by private insurance companies under RICO, and states’ attorneys general under consumer protection laws. The Department of Health and Human Services Office of Inspector General (HHS OIG) will likely be at any settlement negotiations to hammer out a 100-page Corporate Integrity Agreement (CIA). If the company’s activities are really offensive, DOJ may throw in a mail or wire fraud charge. When the fines are announced, and the CIA is signed, shareholders will file a derivative suit against the directors seeking reimbursement, claiming that if they weren’t asleep on the job the company would have avoided what often exceed billion dollar fines. And that’s just for off-label activity. The enforcement regime currently policing the life sciences industry is mind-bogglingly complex, representing a new and clearly unimagined era in “public-private enforcement.”

A must-read for health academics is David Freeman Engstrom’s trilogy of articles about public-private enforcement, focusing specifically on the False Claims Act (FCA), the “gold standard” of hybrid enforcement: Harnessing the Private Attorney General: Evidence from Qui Tam Litigation, found in Columbia Law Review, Public Regulation of Private Enforcement: Empirical Analysis of DOJ Oversight of Qui Tam Litigation Under the False Claims Act, appearing in Northwestern Law Review, and Agencies as Gatekeepers, published in Yale Law Journal. Unsurprisingly, healthcare cases comprise a disproportionate share of FCA cases, thereby making Engstrom’s work extremely important to the health law academy. These articles represent a breath-taking amount of work, providing a theoretical framework from which to analyze the balance and effectiveness of a public-private enforcement regime as well as empirical data to assess both fans’ and critics’ perspectives of FCA prosecution as well as relators’ and DOJ’s roles. END_OF_DOCUMENT_TOKEN_TO_BE_REPLACED

Have you heard any of these arguments lately? Consumers willingly pay for the wonderful free services they enjoy using the currency of their personal information. We can’t trust surveys that say that consumers despise commercial tracking practices, because the revealed preferences of consumers demonstrate that they are willing to tolerate tracking in return for free social networking services, email, and mobile apps. If privacy law X were implemented, it would kill the free Internet (or more immodestly, the Internet).

Two recent articles take on all of these arguments and more in the context of the privacy of information collected online by private corporations. The articles are similarly entitled (before their subtitle colons), Free and Free Fall. Both are written by excellent interdisciplinary scholars, Free by Chris Hoofnagle and Jan Whittington and Free Fall by Kathy Strandburg. These articles, individually but even more taken together, present a thorough, forceful, and compelling rebuttal to pervasive libertarian paeans to the supposed well-functioning online market for personal information. END_OF_DOCUMENT_TOKEN_TO_BE_REPLACED

What Comes After Mass Incarceration?

Todd R. Clear & Natasha A. Frost, The Punishment Imperative: The Rise and Failure of Mass Incarceration in America (2013).

The “grand social experiment” that is hyper-incarceration in the United States is coming to an end, and we need to be ready to reinvest correctional resources in more community-oriented programs. That, in a nutshell, is the message of The Punishment Imperative: The Rise and Failure of Mass Incarceration in America, by Todd Clear and Natasha Frost, well-known criminologists who have been writing about punishment practices for decades. Many of the general points made in this book will be familiar to criminal justice lawyers and professors who have paid any attention to the literature on punishment. But the book’s 200 pages of detail and its prescriptions will be intriguing even to those who know the field.

Here is the authors’ summary of research about the effects of this country’s four-decade obsession with putting increasing numbers of people behind bars for increasingly longer periods of time (Pp. 152–53):

In short, government policies such as truth-in-sentencing, mandatory minima, three-strikes laws, increased collateral consequences, and imprisonment after technical parole violations have not made communities safer and probably have aggravated the crime problem. END_OF_DOCUMENT_TOKEN_TO_BE_REPLACED

Whether the Federal Rules of Civil Procedure should be trans-substantive (as they ostensibly are) has been hotly debated since the Rules’ inception.  One wonders, after three-quarters of a century, if another article examining this central tenet of the American civil litigation system can make a unique contribution to the literature. David Marcus’s recent article, Trans-Substantivity and the Processes of American Law, demonstrates that the answer is “yes.”  Building on his excellent 2010 article, The Past, Present, and Future of Trans-Substantivity in Federal Civil Procedure, Marcus challenges proceduralists to broaden their examination of trans-substantivity beyond the confines of civil procedure law.

This article examines the principle of trans-substantivity in the context of what Marcus calls “process law” —which includes not only procedural law, but administrative and interpretive law as well.  Marcus uses the Supreme Court’s 2009 decision in Ricci v. DeStefano to illustrate how the Court may draw upon federal civil procedure, federal administrative law, and statutory interpretation doctrine in a single case.  He draws upon this example to encourage scholars not to cabin their understanding of the pros and cons of trans-substantivity to a single species of process law.  The interrelationship and overlap of these doctrines are significant. END_OF_DOCUMENT_TOKEN_TO_BE_REPLACED

I would not normally think of a casebook as appropriate for JOTWELL. It is the particular fit between a teacher’s ambitions and the material in the casebook that makes a teacher like the casebook, perhaps even a lot. A good casebook is a shell that the teacher and students can inhabit and learn to carry. It is not a well-formed argument of general applicability, such as would be found in the work that JOTWELL generally applauds.

Yet, in JOTWELL, I commend to your attention Geoffrey Miller’s The Law of Governance, Risk Management, and Compliance. This casebook is a convincing argument that compliance and risk management are fields of study appropriate for legal education. It expands the law school field of corporate governance from its current restricted view, discussing shareholders and boards, to one that encompasses all the actors within and without corporations who have an impact on compliance. END_OF_DOCUMENT_TOKEN_TO_BE_REPLACED

“Legal Scholarship We Like And Why It Matters” is the subject of Jotwell’s 5th Anniversary Conference. If you’d to participate, we need your paper proposal.

The submission deadline is TODAY, May 20th.

Looking for Mr. (or Ms.) Rights 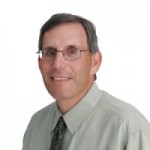 I am on the prowl. It’s 1 a.m. and I’ve been looking for Mr. (or Ms.) Rights all night. I’ve been hanging out in every Article of the Constitution of the United States and I have been deep into the pages of the United States Reports and the Federal Reporter. Oh, I have found plenty of negative rights, like the right to be free from cruel and unusual punishment and the right not to be twice placed in jeopardy for the same criminal act. But I need something more positive in my life. I want those things that make a person happy, like medical care, clean air and water, good working conditions, and a good education for my kids. I want positive rights.

Even though I turn on my hundred-watt charm, the federal courts keep turning me down. Then the person next to me slaps a book on the bar and says, “Take a look at this. I think it’ll get you what you want—or at least what you need.” END_OF_DOCUMENT_TOKEN_TO_BE_REPLACED

The APA as “Superstatute” and What Does That Mean?

Most administrative law aficionados would think of the Administrative Procedure Act as a “superstatute,” but they might not all focus on what that might mean. Kathryn Kovacs has undertaken to tease the meaning of the APA as a superstatute and address the implications of such a characterization. They might not be what you would imagine.

Professor Kovacs begins by asking to what extent is administrative law “common law.” The APA is, of course, a statute, but it is viewed as largely codifying the then-existing common law. Moreover, after its passage courts continued to develop a common law of administrative law both to flesh out the ambiguous provisions of the APA and quite clearly to add on to them. While Vermont Yankee Nuclear Power Corp. v. NRDC, 435 U.S. 519 (1978), may have drawn the curtain on new judicial inventions to administrative common law, it did not repeal those that had become well ingrained in the case law. Professor Kovacs focuses on two such inventions that have no basis in the text or history of the APA: deference to the military in matters subject to the APA and the ripeness doctrine. END_OF_DOCUMENT_TOKEN_TO_BE_REPLACED