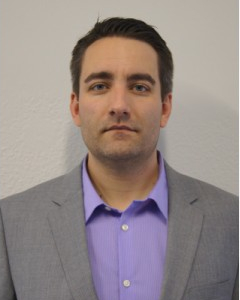 An implicit, if not often explicit, premise of the cluster of work often identified as “law and development” is that there are distinct spheres of legal reform activities in countries deemed “developing” and in those that have reached the status of “developed.” Many critiques of these presumptions have raised concerns about cultural politics and empirical verification. And while most acknowledge that institutions matter, making use of this insight has generated more ideological heat than practical certainty. Especially in these darker days of democratic backsliding and growing authoritarianism, grappling with the tangled past of efforts to advise or orient national legal reform projects has left many with the question of “what now?”

Mariana Prado and Michael Trebilcock’s new monograph, Institutional Bypasses, takes on this challenge by articulating a more procedural, methodological answer to this question, “what now?,” in lieu of advancing a renewed host of substantive best practices. In line with their recent field-leading publications, Prado and Trebilcock use the concept of the institutional bypass to model the empirically-committed experimentalism they have come to champion by presenting legal reform as an iterative learning process squarely aimed at avoiding the pitfalls of past efforts. END_OF_DOCUMENT_TOKEN_TO_BE_REPLACED

Sam Erman ends his new book Almost Citizens by describing Puerto Rico as “the oldest colony in the world” (P. 161). This word, colony, might strike some as an overstatement, for the United States is never supposed to have had colonies. Others might offer up “protectorate” or other alternate terms to capture Puerto Rico’s constitutional ambiguity as something less than that of a state—none of which would be any less descriptively coherent than the island’s technical designation as “an unincorporated territory.” Erman ends his long-awaited monograph with this statement exactly because his careful and compassionate history takes direct aim at the legal ambiguity that has denied Puerto Ricans their full equality as American citizens. Erman’s story of American empire makes plain that conceptual or doctrinal equivocation has never altered the substantive reality that Puerto Ricans still live today with the very real legacy of American colonialism.

There is an underlying tone of moral indignation and loss in Almost Citizens that is all too easy to appreciate today. In the recent aftermath of Hurricane Maria, it is quite evident that many are still comfortable with Puerto Rican’s liminal status in our constitutional system, and happy to engage in a victim-blaming denial of their full inclusion as Americans. Erman’s monograph shows how Puerto Rico’s ambiguous status persisted alongside grand American claims to the promotion of democracy worldwide. It argues further that by sustaining  this dissonance, the Supreme Court lessened constitutional citizenship for all Americans. Erman repeatedly shows how what he calls the “Reconstruction Constitution” of the post-civil War was “sacrificed…on the altar of empire” (P. 21). To decouple the presumption that territory and citizenship were co-terminus, the Court necessarily hollowed out the American franchise as it was extended to some at home and denied to others abroad. END_OF_DOCUMENT_TOKEN_TO_BE_REPLACED

Scholars from a variety of disciplines have begun to explore what they see as the lost virtues of political economy. In its broadest conception, this term is meant to capture the basic truism that any study of politics or economics should reflect their mutually constitutive character. A renewed interest in political economy and the law further reflects the same mutuality among law, politics, and economics. Central to such renewal is a claim that analytically segregating these fields leads to analysis that is both descriptively inaccurate and has powerful and troubling normative consequences.

Sabeel Rahman’s Democracy Against Domination is a leading example of a new generation of scholarship that demonstrates both the descriptive and normative promise of law and political economy. Rahman’s mission in the book is to reinfuse debates on financial regulation with overt concern for democratic participation and to recover an ethos that sees American economic and political citizenship as inextricably intertwined. Rahman’s history traces how this ethos was lost over the course of the twentieth century, and in doing so produces a sustained historical inquiry about how we arrive at what is considered “normal” or inevitable about legal regulation. Domination’s chapters follow the pattern of presenting a modern problematic in regulation and then demonstrating how contemporary responses are both democratically impoverished and historically contingent. The aim of the endeavor is to argue that fields of law that have been exorcised of any referent to democratic values, notably antitrust and administrative law, need to be reopened and remade. The alternative is to face pressing issues of inequality with an ultimately ineffective set of regulatory responses. END_OF_DOCUMENT_TOKEN_TO_BE_REPLACED

In late October of 2017, China’s central leader Xi Jinping gave a speech in which he expressed a renewed campaign to “sinicize” religious practice under greater Party control. This call is part of a long history of ambivalence, repression and bureaucratization that has characterized the uneasy practice of religion under China’s formally atheist single-party state. But it this tactic of bureaucratization that most eludes outside understandings of the regulation of religion in China.

Into this relative void, Matthew Erie’s China and Islam: The Prophet, the Party, and Law presents a model of the contribution that legal ethnography can make to understanding not only the regulation of social life in contemporary China but also to a myriad of critical issues constituting the multi-faceted relationship of Islam to contemporary nation-states. As both a socio-legal and comparative inquiry, Erie’s ethnographic and scholarly investment over the better part of decade has produced a rich empirical account that speaks in a wide range of theoretical and disciplinary registers and offers value for an equally wide range of readers. END_OF_DOCUMENT_TOKEN_TO_BE_REPLACED

Legal Export and the Transformation of American Identity

Jedidiah Kroncke, The Futility of Law and Development: China and the Dangers of Exporting American Law (Oxford University Press, 2015).

Today, as a matter of both foreign policy and legal practice, comparative law tends to be a one-way street in the United States. In recent decades, the U.S. has been involved in countless constitution-writing and rule of law projects across the globe. But few foreign frameworks have migrated home, where foreign law is often met with outright judicial and political hostility.

Jedidiah Kroncke, in his learned and incredibly incisive new book, The Futility of Law and Development: China and the Dangers of Exporting American Law, reminds us that this is hardly how American policymakers have always approached the international community. In fact, during the revolutionary period many of the founders like Benjamin Franklin, Thomas Jefferson, and James Madison were avowed legal cosmopolitans, curious to draw from foreign experiences for American republican institutions, including the example of China’s civil service system, national taxation structure, and methods of centralized resource management. Indeed, as late as the Progressive period, a “transatlantic moment” led American reformers–confronting shared problems of industrialization and inequality— to see new European innovations as worthy of replication at home. How did this change and what has it meant for American legal culture and reform politics? END_OF_DOCUMENT_TOKEN_TO_BE_REPLACED