Meta Rights is a thought-provoking article that addresses concerns about labor law rules governing agency fee payments in public-sector employment by comparing these rules to doctrines in analogous situations in other areas of law. Specifically, after the Supreme Court decided Knox v. SEIU Local 100 in 2012, 132 S.Ct. 2277 (2012), many felt that the Supreme Court was primed to change the default rule for agency payers from “opt-out” (an employee covered by a union security agreement would have to affirmatively state a preference not to pay dues for activities deemed “not related to collective bargaining”) to an “opt-in” system (unions could not require such dues absent specific, individual consent). Many in the field also noted that Harris v. Quinn, 134 S.Ct. 2618 (2014), looming but not yet decided when this article was written, could result in the Supreme Court mandating the “opt-in” system (I thought that was the most likely result in Harris). This is a very important issue in labor law and policy and for the labor movement as a whole. Although these cases explicitly covered only public-sector unions, such unions make up about half the total membership of all unions in the U.S.

Professor Garden could have written an article solely about whether “opt-in” rules were good or bad labor policy, or the extent to which constitutionally mandating such a system would be consistent with previous precedent (e.g., Abood v. City of Detroit, 431 U.S. 209 (1977)). Instead, she wrote a more interesting article by casting her net much more widely, describing when, in other contexts, courts have required Party A to give notice to Party B that Party B has certain constitutional rights. This takes her well beyond labor and employment law, and indeed beyond civil law (e.g., by discussing Miranda rights). Showing that such “meta rights” are relatively rare (e.g., public schools need not give notice to students that they have a First Amendment right to abstain from reciting the Pledge of Allegiance), Professor Garden provides a strong, principled, and broad-based critique of “opt in” rules. END_OF_DOCUMENT_TOKEN_TO_BE_REPLACED

Maybe you have been wondering, for one reason or another, just what the “executive power” entails. If so, you are in luck, for Professor Julian Davis Mortenson has an answer for you in two magisterial, deeply researched articles that also happen to be compelling reads: Article II Vests Executive Power, Not the Royal Prerogative, and its sequel, The Executive Power Clause. It turns out that “The executive power meant the power to execute. Period.” (Executive Power, P. 5.)

It will come as no news to readers of this website that, about a quarter of a millennium ago, Article II of the Constitution vested the “executive power” of the United States in the president. And ever since that time, Americans have been arguing about just what this “executive power” entails. In truth, it seems this debate is likely to last as long as the Republic does—which suggests that the debate sometimes says as much about the debaters as their subject. END_OF_DOCUMENT_TOKEN_TO_BE_REPLACED

Professor Charlotte Garden already has a well-earned reputation as a leading scholar on the intersection of labor law and the First Amendment. This reputation will only be enhanced by her outstanding new article, Avoidance Creep. The article addresses a problem in labor law, and potentially other areas, involving the doctrine of “constitutional avoidance.” This doctrine provides that if one plausible reading of a statute would make its application violate the Constitution, but another plausible reading of the statute would not be unconstitutional if applied in that context, a court should, instead of ruling the statute unconstitutional, interpret the statute such that it does not violate the Constitution.

On its face, doctrine seems sensible. But Garden shows that it has been used to twist statutory language beyond its plain meaning and the intent of its drafters. Further, “avoidance creep” means that later courts amplify and magnify the original problems such that the interpretations are unmoored not only from statutory meaning and purpose but also from proper Constitutional analysis and from the defensible justifications for Constitutional avoidance. In her words, “avoidance decisions have tended to creep beyond their stated boundaries, as decision-makers either treat them as if they were constitutional precedent, or extend them into new statutory contexts while disregarding key aspects of their original reasoning.” END_OF_DOCUMENT_TOKEN_TO_BE_REPLACED

What’s Good for the Goose is Good for the Gander, Or Is It? The Pitfalls of Using The Court’s Neoliberal Construction of the First Amendment To Protect Secondary Picketing 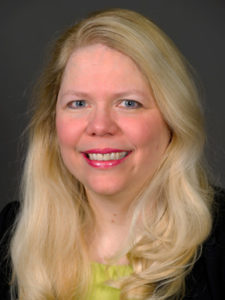 In his article, Labor Picketing, The Right To Protest, and the Neoliberal First Amendment, Professor Blum argues that labor picketing, which has received diminished protection when viewed from the statutory lens of Section 8(b)(4) of the National Labor Relations Act, would receive greater protection if viewed primarily through a constitutional lens. Blum upfront acknowledges that many scholars—notably Cynthia Estlund, Catherine Fisk, Charlotte Garden, Michael Harper, James Gray Pope, and Mark Schneider—as well as several practitioners have made similar arguments. (P. 600, n. 14.) However, he brings a fresh approach to this important legal agenda by framing the problem not only as a legal challenge but also from the union lawyers’ perspective, which he obtained through surveys and interviews. (Pp. 611–16.)

As a legal matter, Blum correctly notes that the halcyon days of labor picketing protection passed nearly eighty years ago when the Supreme Court, in Thornhill v. Alabama, held that the state’s power to regulate labor picketing was limited by the First Amendment’s free speech clause. But what the Justices giveth, the Justices may taketh away. Thus, labor picketing could lose its constitutional protection: (1) if accompanied by violence, Milk Wagon Drivers Union of Chicago, Local 753 v. Meadowmoor Dairies, Inc.; (2) if the speech targeted a neutral party, Carpenters and Joiners Union of Am., Local No. 213 v. Ritter’s Cafe; or (3) if the picketing had unlawful objectives, Giboney v. Empire Storage & Ice Co. During this time, the Court also began to view labor picketing as inherently involving conduct as well as speech, and therefore subject to greater state regulation for that reason too.1 Indeed, by the time the Supreme Court penned Int’l Bhd of Teamsters, Local 695 v. Vogt, the transformation of labor picketing to activity benefitting from less than full constitutional protection was nearly complete. END_OF_DOCUMENT_TOKEN_TO_BE_REPLACED

In a world dominated by online dating, my own marriage seems quite quaint.  We were introduced to each other! In person! By another human being! Sometimes I think that people give me a faintly odd look – a look that just 15-20 years ago was reserved for the bold (and seemingly “shameless”) people who dared to look for a partner online. When I left the dating world, it consisted primarily of websites. But as Irina Manta points out in her intriguing and provocative new article, Tinder Lies, online dating has become even easier and more ubiquitous with the surge in popularity of dating apps such as Tinder and Bumble. Manta confronts a problem that is as old courtship itself, that of sexual fraud, or “lies 1) that were put in profiles on online dating apps/sites, 2) whose content would materially influence the decision of a reasonable person whether to have sexual intercourse with the profile owner, and 3) remained uncorrected before sexual intercourse took place.” Like many problems, the issue of truth and disclosure in dating and sexual interactions has become more magnified and widespread when the primary platform for romantic and sexual introduction involves a great deal of anonymity, self-description, and the uncomfortable knowledge that one is, essentially, in a marketplace.

Tinder Lies is a terrific read. Manta takes on a question of increasing significance in the lives of many Americans who use online dating services and apps: What, if anything, should be done about users who lie about themselves in their profiles, where these lies lead other users to make decisions of significant personal import that they would not have otherwise made–to have sex with the person in the deceptive profile or to invest a significant amount of time and emotional resources in a relationship with a fraudster? While some lies might strike us as relatively harmless and easily debunked upon a face-to-face meeting, such the height or weight of the user, other lies are far more consequential, such as the person’s marital status,.

With these questions in mind, Manta offers an engaging primer on the history and current doctrinal landscape of legal responses to sexual fraud. She uses trademark law as a useful analogue to the problems of sexual fraud in online dating and offers a framework for a state law response to sexual fraud in which behavior that amounts to false advertising subjects that person to civil liability.  She concludes by suggesting that this legislative framework could be operationalized by offering claimants access to expedited proceedings in small claims court. As a civil procedure scholar, it is this last piece that I find most intriguing (and which is, presumably, of most interest to JOTWELL Courts Law readers). END_OF_DOCUMENT_TOKEN_TO_BE_REPLACED